Our Journey to the Next Horizon
A Record Year in Fundraising

In January 2019, FIU launched the public phase of Next Horizon, the comprehensive $750 million campaign that is fueling its next phase of progress as a leading public research university.
82% participation rate in the Ignite Campaign for faculty
and staff, raising $5.4M; highest in the state of Florida for the last 3 years

Next Horizon’s profound impact on the lives of students and work of faculty.

Private philanthropy provides vital resources to support experiential learning and a student in need as well as research impacting our community and nation.

#15
among U.S. public universities and #33 in the world in patent production

A Year of Heightened Progress

The Florida Board of Governors designated FIU as an “emerging preeminent state research university.” Introduced in 2013, the Florida Preeminence program elevates and rewards the highest-performing state research universities based on student success and research performance metrics. Three of Florida’s 12 public universities have met these standards. In 2016, the “emerging preeminent” status was created, allowing designated universities the opportunity to create a plan to reach “preeminent” status.

The FIU Board of Trustees and the Florida Board of Governors approved FIU’s Next Horizon 2025 Strategic Plan. The plan focuses on FIU’s aspiration to be recognized as a top 50 public university for achieving exceptional student-centered learning and upward economic mobility, producing socially impactful research and creative activities, and leading transformative innovations locally and globally.

The Florida Board of Governors approved a public-private partnership to establish an alumni and conference center and hotel on FIU’s main campus. The $66 million project is privately funded and will include a 13,700-square-foot alumni center, approximately 33,000 square feet of meeting space and a 150-bed hotel. South Florida’s first university-affiliated conference center and hotel is expected to open by the fall of 2021. The alumni center is being funded with private donations as part of the Next Horizon campaign.

Antony Page was named the third dean of the College of Law, joining FIU from the Indiana University Robert H. McKinney School of Law, where he was vice dean and professor. Page’s tenure at McKinney followed years of public service, including as a diplomat in the Canadian Foreign Service. He is an acclaimed teacher and scholar in corporate law, and his works have been published in high-impact journals and cited by numerous courts, including the U.S. Supreme Court. Page received his JD from Stanford Law School, his MBA from Simon Fraser University, and his BComm from McGill University.

Dr. Robert Sackstein was named the second dean of the FIU Herbert Wertheim College of Medicine and the senior vice president for health affairs. He came to FIU from Harvard Medical School, where he was a clinician, researcher, and educator for more than 20 years. As both a basic and clinical scientist, his research has yielded strategies to optimize cell-based therapeutics to regenerate damaged tissue and combat cancer. Born in Cuba, Dr. Sackstein was raised in Miami, received undergraduate, MD, and PhD degrees from Harvard, and completed his residency at Jackson Memorial Hospital/University of Miami.

It was a historic, spirited day for FIU Football. On December 21, 2018, the Panthers defeated the Toledo Rockets 35-32 in the exciting Makers Wanted Bahamas Bowl. Under the leadership of Head Coach Butch Davis, the Panthers achieved their second bowl victory, and the football program established a new FIU record for most wins in a season (nine). Off the field, FIU Athletics continues to raise the bar, as student-athletes posted the three highest grade point averages on record in the last three semesters — an average of 3.28. FIU student-athletes posted a conference-high 246 members on the Conference USA honor roll (3.0 GPA or higher).

Learn more about the FIU Foundation. 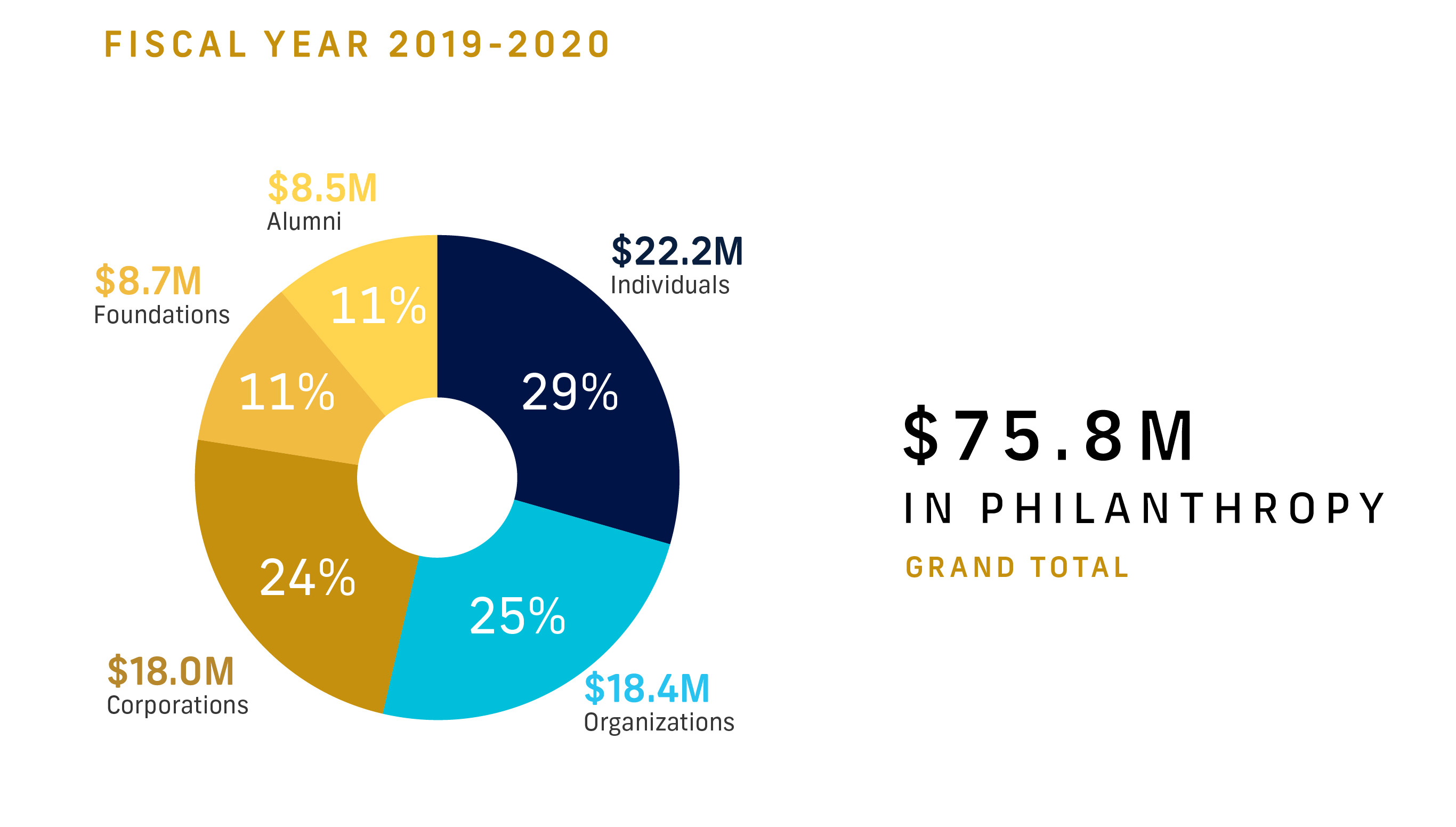 Behind the stories are the people who make it happen. This group of dedicated leaders is committed to fostering FIU’s core values.